On Sunday, we officially picked up our London Pass and got down to the nitty gritty of London sightseeing. Where do you start your London sightseeing...the London Bridge of course...which in all honesty isn't that exciting when you compare it to Tower Bridge. But we did do the 'London Bridge Experience' which occurred in the London Bridge. The experience started with a few story-telling rooms, which incorporated history of the London Bridge, and ended with a "haunted house." It got me jumping and screaming...good thing Mike was the lead of our group or else we never would have pushed through. :)


From the London Bridge, we visited the Tower Bridge.

A picture of the London Tower from the top of the Tower Bridge. 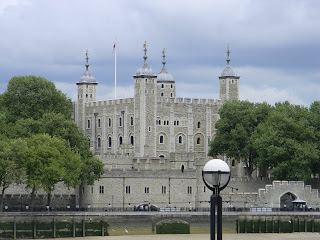 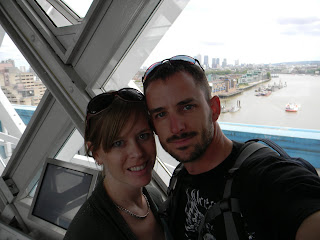 From the Tower Bridge, we headed to the London Tower. Huge place with lots of history and lots of stairs. 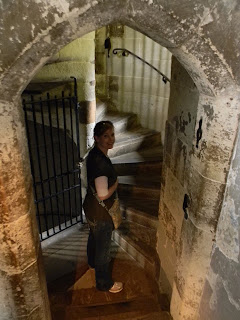 If I recall correctly, this is the White Tower, which is inside the London Tower. This is where the crown jewels are kept, which we were able to view.(but sadly not allowed to take pictures) 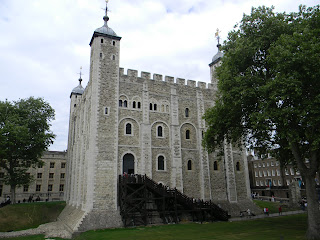 Fantastic picture of the Tower Bridge as a boat goes through. Again, some impecable timing as we waited for our Thames water boat cruise that we were in the right place at the right time to see this. Magnificent structure!! 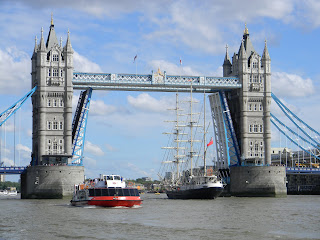 Thames River Cruise - Behind us is Greenwich. Ever heard of GMT, in regards to time?...that's Greenwich Mean Time which all time zones are based on. 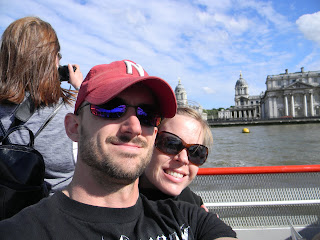 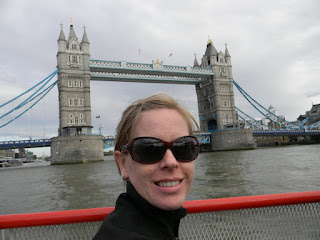 As we were going under the London Bridge on our water cruise. 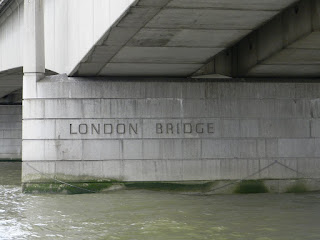 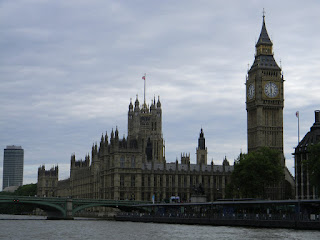 After a long day, one definitely need a beverage. Can't remember the bar's name but we just made happy hour for half-price drinks! More impecable timing. 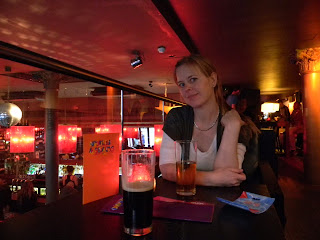 And we finished Day 2 eating at Cafe Pasta ~ where Mike enjoyed seafood pasta, I had delicious ravioli and we shared a big bottle for Peroni(Italian beer - you can also get it in the U.S. - it's not specific to London or anything.)

We left at Albuquerque at 9am Friday and we arrived in London at 6:30am Saturday. Took the Tube to our hotel, checked in, dropped off our bags and off we went to start exploring.

We walked our patooty's off the first day through Hyde Park, to Buckingham Palace, through the Soho area, to Piccadilly Circus, and ended the evening with fish & chips for Mike and traditional british pie sampler platter for me. 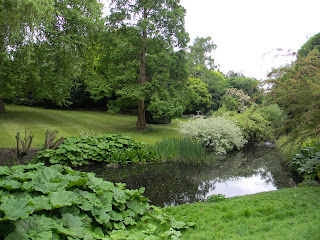 Hyde Park - isn't this a lovely picture of this flower with the rain drops? Love it! 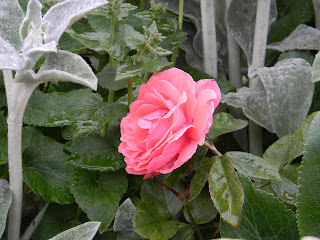 More Hyde Park - basically like a "Central Park" for London. Also, every dog was off-leash and so well-behaved. I'd like to think our pups would be the same way. (HA! Insert sarcasm here)
Posted by Mike and Kirsten at 11:43 AM 2 comments:

The first surprise wasn't really a "surprise" but it was surprisingly how quickly it all came together. We will be adding another of the four-legged kind to the Carpenter household in the beginning of June. Mike voiced his desire early on (I think even in his interview) that he wanted a police dog. Well - it has happened. The BLM worked on it a few months ago but financing, amongst other things, just didn't allow it to fall into place. About a week before my birthday, a new "plan" for getting Mike a dog transpired and the day before my birthday, Mike was officially notified he'll be getting a canine partner. He'll leave in June for training with the dog for 6 weeks, when he'll also meet his new partner.

A 3 1/2 year old german shepherd named Ranger will be joining our family this summer. Ranger is already fully trained and is said to be a great dog that does an excellent job of "shutting off" when he's not working, which is good for Stuart. Stu drives me to have a short fuse so I'm sure Ranger could have a shorter fuse for dealing with naughty Stuart. The only part I'm not looking forward to is that we will now be dealing with yellow, black, and probably some brown dog hair. UGH!! It'll be a full house!

We're back from London!! It was a fantastic trip and I'm sure it'll take a few posts to share everything we did and show some pictures.

The surprise ~ Mike came home on May 4th with a Coach shopping bag(a purse store if you've never heard of it that I have a bit of an obsession with) so I assumed I was getting a new purse for my birthday! YAY! BUT ~ Mike still maintained, prior to me opening the gift, that this would be the best birthday ever and I have no idea what I was getting. We went upstairs that evening to pack for Sedona, AZ(which is where I've been planning for us to go since February I think) and Mike came up with my present and said "Under the circumstances, I think you should open your gift." I opened the box and there was(as I thought) a Coach purse and also a Coach umbrella, which really is a fantastic present in iteself. But inside the purse, there were papers that I pulled out and opened to see a Delta itinerary. WHAT?? I searched the itinerary and it appeared we were going to Boston but as I looked closer I realized Boston was a connection and we were going to London. WHAT?!! It was nuts...I was totally shocked and really still am. Mike said I was acting like one of the kids of the Disney commercials when their parents tell them they are going to Disney World the next day. What an unbelievable surprise!!

It was an amazing trip and I'll share more details this weekend in my next posts. But here are a few factoids you may enjoy:
-Being on a plane for 6.5-9.5 hours isn't as bad as I thought. I wish all domestic flights had individual TV's for each seat. Not to mention, they feed you quite well.
-I started dreaming in an England accent about 2-3 days before we left London. It was pretty funny.
-The 'London Pass' was the best purchase Mike bought for this trip. It allowed us to enter into all the attractions without the entrance fee(@ some attractions we could skip the line), it gave us a travel pass to use on the subway, the trains, and all the buses, and there were also food disounts(which we also utilized). Well worth the money!
-Speaking of the Tube(the subway), it was incredible. The London subway was wonderful and relatively easy to access and use.
-Although we utilized the public transport, I still will maintain that this is the most I've ever walked on a trip. Literally, it was miles and miles and miles and miles...
-I am absolutely positively directionally challenged when I am in a place with tall & large buildings. Good thing Mike is NOT directionally challenged so we never got lost and I don't think we ever went the wrong way on the Tube.
-Mike is my favorite travel partner. We go at a similar pace, normally always want to do the same things, and typically will try something new if the other wants to do it. So fun!!

I think that's enough for now. More to come on the London trip this weekend.
Posted by Mike and Kirsten at 3:58 PM 1 comment:

Mike has the camera with all of the pics from Mara's wedding so I'll blog about that a little later.

For now ~ the COUNTDOWN begins to Thursday, May 5th. Nothing too special happening, just my 30th birthday!! YIKES. I'm trying not to freak out about it yet and hopefully won't. I'm pretty sure I had a breakdown and cried for my 25th so I'm hoping that won't happen.

What are the birthday plans, you ask... Well, we both have to work Thursday but we'll be eating dinner at La Choza that evening with friends. We will then leave soon after to head to Sedona, AZ for a vacation. I'm looking forward to a bunch of hiking, possibly some bike riding, seeing the Grand Canyon for the first time on this vacation, and spending time with and relaxing with the hubs.

Mike told me it'll be the best birthday I've ever had. Not sure if he has something up his sleeve or is just trying to keep me from crying. :) That's quite a statement to live up to because I've had 29 birthday's already.

This may be the first but certainly is not the last post about turning the "dirty thirty." (as my friend Aubrey called it)
Posted by Mike and Kirsten at 8:59 AM 2 comments: