a week and a half later

Well, a week and a half later and I'm blogging about how my hubs and I celebrated our 5th wedding anniversary.  Awww - isn't that sweet? :)
In all honesty, both us would agree that it feels like much longer than 5 years. (in a good way, of course...I think) ;)  We have had a lot of adjusting over the past years and have had to rely on each other a lot with all the changes we've gone through.  Let me do a quick re-cap of our relationship for you:
1) We met on September 11th, 2004 in the Bricktop bar in Lincoln after a Nebraska football game.  I remember the exact shirt I wore, although I do not have that shirt anymore.
2) We went on our first date the next evening at Heidelbergs north.  I think it was just a few drinks and a lot of talking...a lot of talking by me, of course.  If you know Mike, he can be a pretty quiet person.
3) We broke up for about 4 months in early 2006(I think).  You can ask anyone that was close to me at the time...it was pretty devastating for me.  I assume Mike would agree that it was devastating. :)
4) Mike left for the Federal Law Enforcement Training Center(FLETC) for 6 months in May 2008.
5) We got engaged on 8-8-2008 on a beach on Amelia Island, FL while I was visiting him at FLETC.  He picked out the ring(there's a funny story about the ring that maybe I'll tell at a later date) and I had no idea it was coming but both my parents did.
6) We moved to Laurel, MD in October 2008.
7) We got married September 18, 2009 in Ocean City, MD on the beach.
8) We moved to Santa Fe, NM in September 2010.
9) We celebrated 5 years of wedded craziness bliss on September 18, 2014.

Let me tell you - moving twice to places you know no one is scary and it forces you to lean on one another more than anything.  I think it's really helped us get closer in our relationship because you only have each other.  You do everything together, you make friends together, etc.

What are my words of wisdom as a wife of 5 years?
* Do things together and learn to love similar things.  Honestly, there are many things I'd never be "into" if it wasn't for Mike.  I'll try just about anything one time.  Cross country skiing though, once was definitely enough - I don't ever foresee myself doing that again.
* Be on the same page with money and spending.  Mike and I keep separate accounts and contribute a percent of our salary to our joint account each month.  This works for us and we've never ever had an argument about money and it gives us both a sense of "independence" with some of our money.
* Laugh together every darn day...like belly laughs laughing!
* Kiss each other like you mean it!
* I'm slowly learning that things aren't always equal and fair.  We've evolved into me cooking dinner 5 nights a week and Mike cooking two nights a week.  I would argue I do dishes more often but he could argue he does the laundry and all the vacuuming.  Things aren't always equal and fair but there is "give" on both sides.
* Pick your battles.  Does it matter that I cook more meals than him?  Nope.  Does it matter that he travels a lot for his job?  Yes!  So that is battle I'm going to "fight" and discuss with him.
* Speak to each other respectfully and enthusiastically.  Don't answer the phone with "What!?!"  Don't act like you're annoyed of him/her.
* Last but not least - after you've cooked dinner and he says it's good but he goes to the cupboard to get the Garlic Salt, that generally means the recipe is not a keeper.  (this is an ongoing joke we have)

I think this picture sums up our entire relationship pretty well.  I'm usually the 'Woohoo' and he's the 'It's cool.'  We even each other out pretty well.  He talks me off the ledge sometimes and I provide the energy for him sometimes. 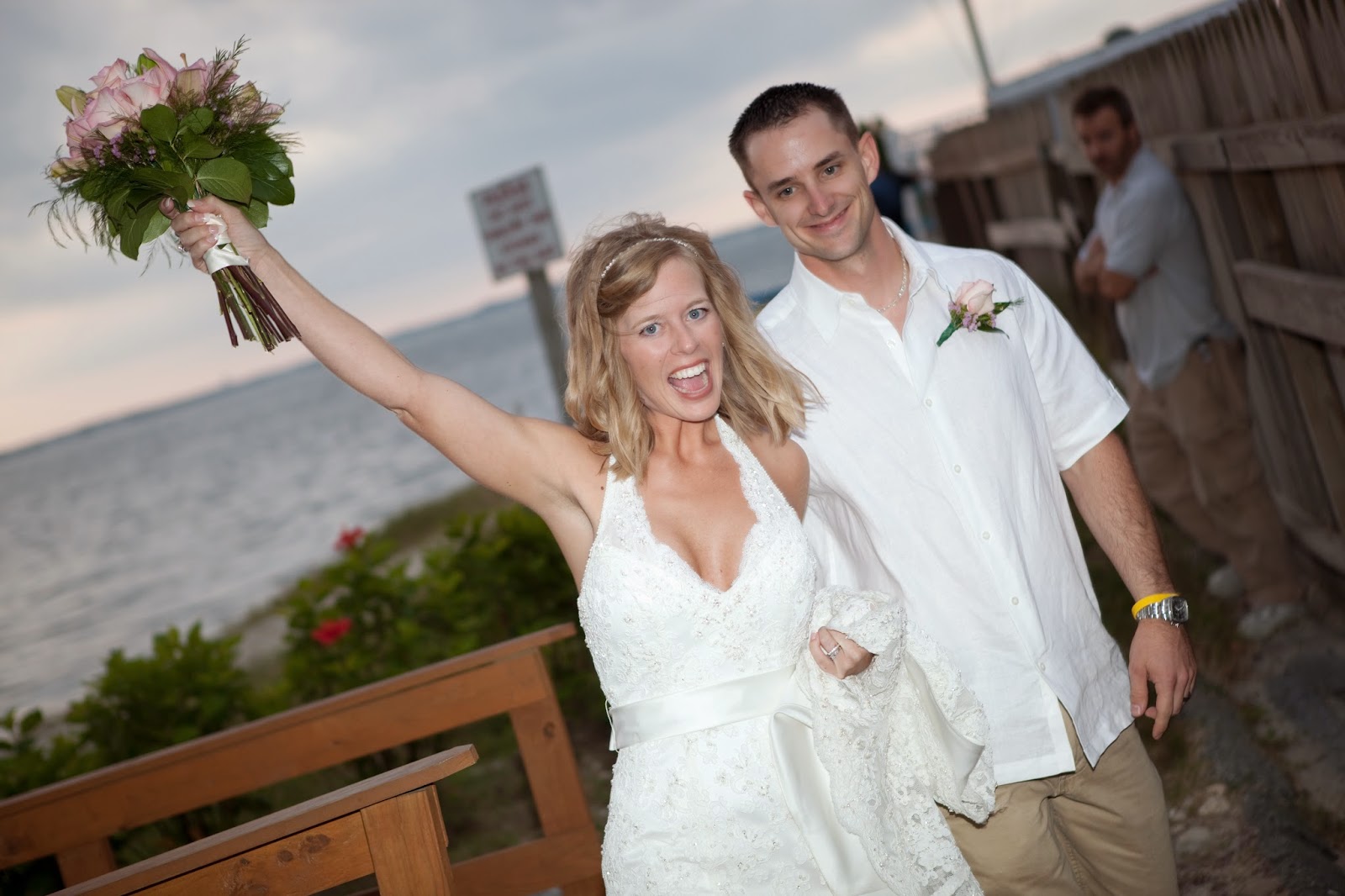 Whew - longest post ever...
To celebrate our 5 years of marriage together, I made a mediocre dinner on Sept. 18th.  I tried to healthivise macaroni and cheese and it wasn't the greatest.(speaking of garlic salt...)  Then we both had the 19th off and hung out together all day.  We had a fabulous dinner at Papadeaux's in Albuquerque and then attended Wicked, the musical.  Wicked was incredible!  Then Mike took off the 20th and we did a scenic railroad trip on the Cumbres and Toltec railroad...it was a long day but train ride and scenery was incredibly beautiful!  Our celebration was lovely!
Posted by Mike and Kirsten at 4:30 PM No comments:

Over the past 4 months or so, I've felt a little discouraged from a career perspective.  Although I enjoy my job, I've had a few "career-related" doors shut in my face over the past few months and let's be honest, no one likes to have a door shut on them.
Over the past month, things have taken a bit of a positive turn.  I was able to work from the Nebraska office, which is always rejuvenating, but the positivity continued with an email I received while I was on vacation last week.
I had applied for a program called Leadership Santa Fe a couple months ago but the program was full so I was put on a waiting list in case a spot opened up.  Unfortunately, the timing of not getting into the program was at the peak of 'doors being shut in my face' so I threw myself a pity party and decided I'd try again next year.  WELL...guess what...a spot opened up and I'm in!  Yay!

I'm excited to learn more about Santa Fe, be more involved in the community, meet new friends, network with local businesses, and hopefully come away with a sense on if and where I can utilize any of "my skills" in the community.
Posted by Mike and Kirsten at 6:30 AM No comments: